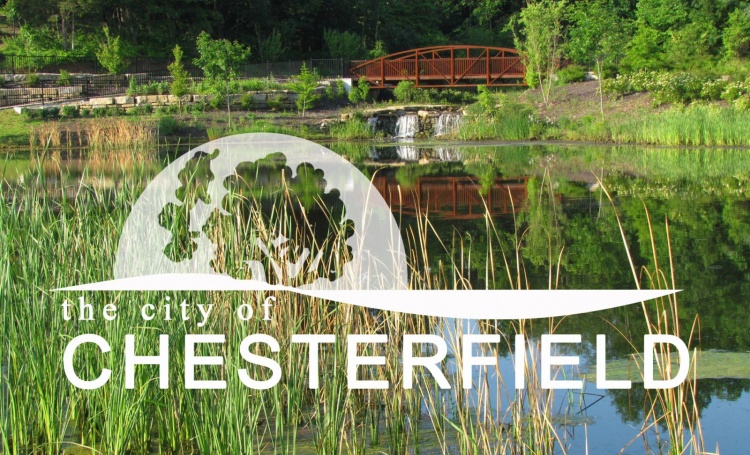 Prior to Chesterfield's establishment, the area was a place-name for a vast, unincorporated sub-region of western St. Louis County called "West County" by area residents. The region included the historical communities of Bellfontaine, Lake, Gumbo, Monarch, and Bonhomme. With the help of an organization called The Chesterfield Incorporation Study Committee, headed by its president, John A. Nuetzel the city was finally established by residents in 1988.

Bellefontaine (French for "beautiful spring"), dates to about 1837 with the arrival of August Hill. Hill and his wife, Maria E. Weinrich purchased farmland along Olive/Clarkson Roads for $18,000 and hired Otto Nelkier to build their house. Chesterfield Mall now occupies this site. The area was known as Hilltown in honor of the Hill family, and the shopping center on Olive boulevard still bears the name of Hilltown Village.

In 1850, the town of Lake was first known as "Hog Hollow". In 1871 the town's name was changed to what some people thought was a more suitable name of Lake. It was located along Olive Street Road and Hog Hollow Road.

Another portion of Chesterfield was known as Gumbo Flats/Straights and was located at the valley at the intersection of Chesterfield Airport Road and Long Road. The name combo came from the soil, which was very rich and salty, and when wet became Gumbo mud.

Previously known as Atherton and Eatherton, Monarch was a settlement that sprang up along rail lines. William Sutton's General Store stood was located on the northwest corner of Eatheron and Centaur Roads. "The Shadows", a well-known residence in Monarch, still survives.

Bonhomme was a lively community, it's name is french for "good man". Bonhomme boasted a blacksmith shop, grist mill, store, post office, and a sawmill. However, in the late 1800s the community was washed away by the Missouri River.

Residents and visitors can enjoy a step back in time by visiting the Faust Park Historic Village. Many historic buildings from the area have been restored and relocated to the north area of the park. There eighteen structures representing a variety of buildings and architectural styles, from log to brick resembling a charming village from the 1800s.

Today Chesterfield is known as a wonderful place to raise a family, with attractive neighborhoods, excellent schools, and a variety of cultural and recreational amenities. Homes vary from sophisticated condos to expansive luxury homes on picturesque wooded lots. The Parkway and Rockwood School Districts were recognized by The Washington Post as two of America's most challenging high schools. With acres of green space and a calendar full of community events, Chesterfield lives up to its reputation as one of the best places to live in Missouri.

For more information about this neighborhood and to see available listings in this area, visit our website:https://gladysmanion.com/neighborhoods/chesterfield

Can you guess what neighborhood we'll feature next?! Drop your guesses in the comments below & we’ll see you next Wednesday to see if you guessed right!