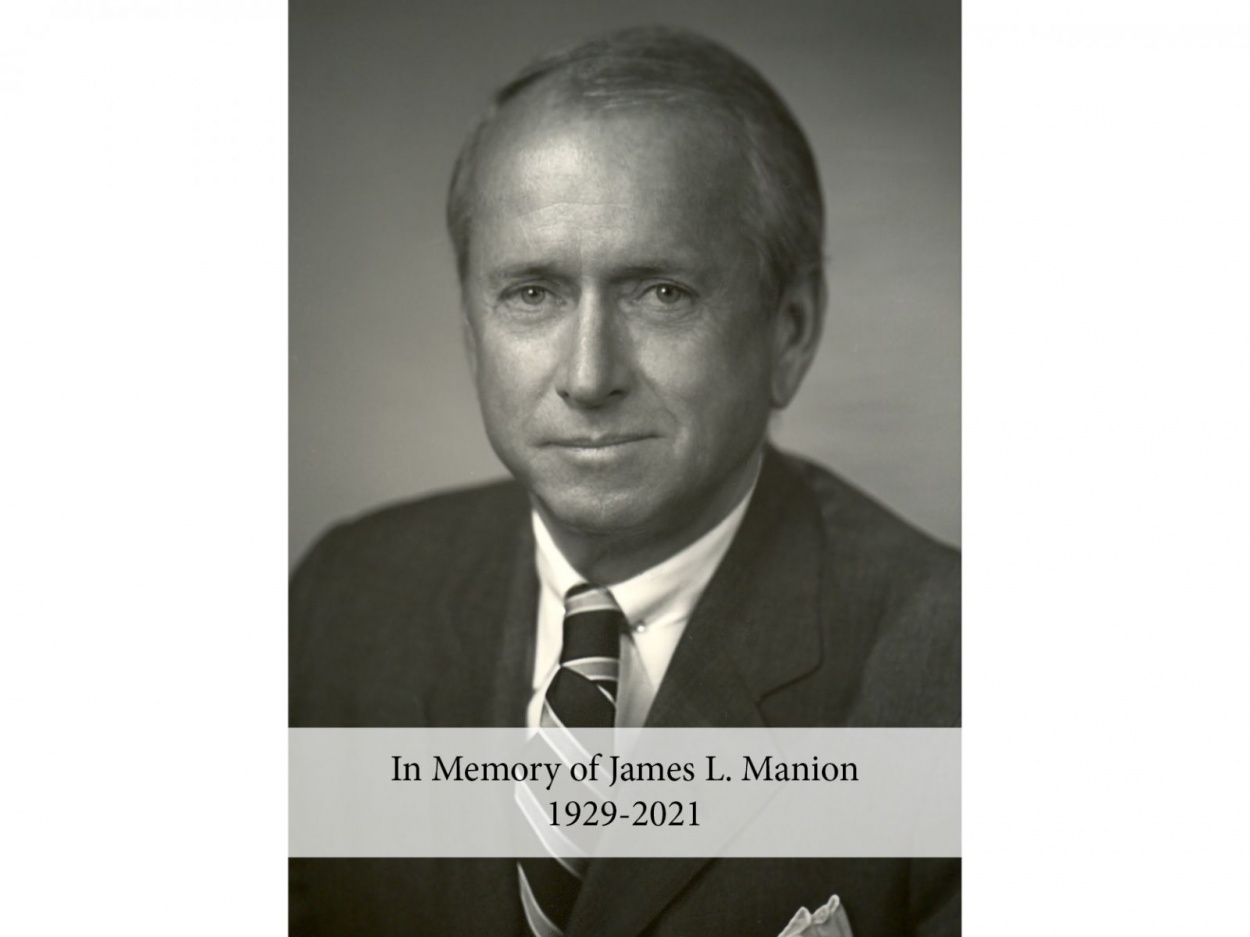 It is with sympathy that we announce the passing of

A life well-lived, James L. Manion was a man with a wide smile, jovial laugh, and welcoming hand. He attended St. Louis University High School and graduated from Washington University in 1952. He then joined the United States Air Force and served as a Fighter Pilot from 1952- 1956. In 1957 he joined the family business, Gladys Manion Real Estate, where he led until his retirement in 2002. Jimmie was a pioneer, astute businessman, and community leader during those years. He was Head of the committee to develop & build Racquet Club Ladue, Co-Founder of Boone Valley Golf Club, Founding Director for Bank of Ladue, Director of Landmark Bank, President of both Racquet Club St. Louis and Racquet Club Ladue, President of the Clayton Club and Director of the St. Louis Realtors Board. Jimmie was a long time member of Bellerive Country Club and loved playing golf, gin, squash, fly fishing, horseback riding, duck hunting at Windfall Farm, and spending weekends at his home overlooking Boone Valley. He was preceded in death by his wife, Joanne Hager Manion, and sisters Muffie & Jeannie. He is survived by his three children Lang (Maryann) Manion, Peggy (Jim) Slaughter, and Stafford (Cathy) Manion, and grandchildren, Katen, Anne, Jack, and Ford.